Leaning Ladders: Why It’s Important To Question Where Your Actions Are Leading You 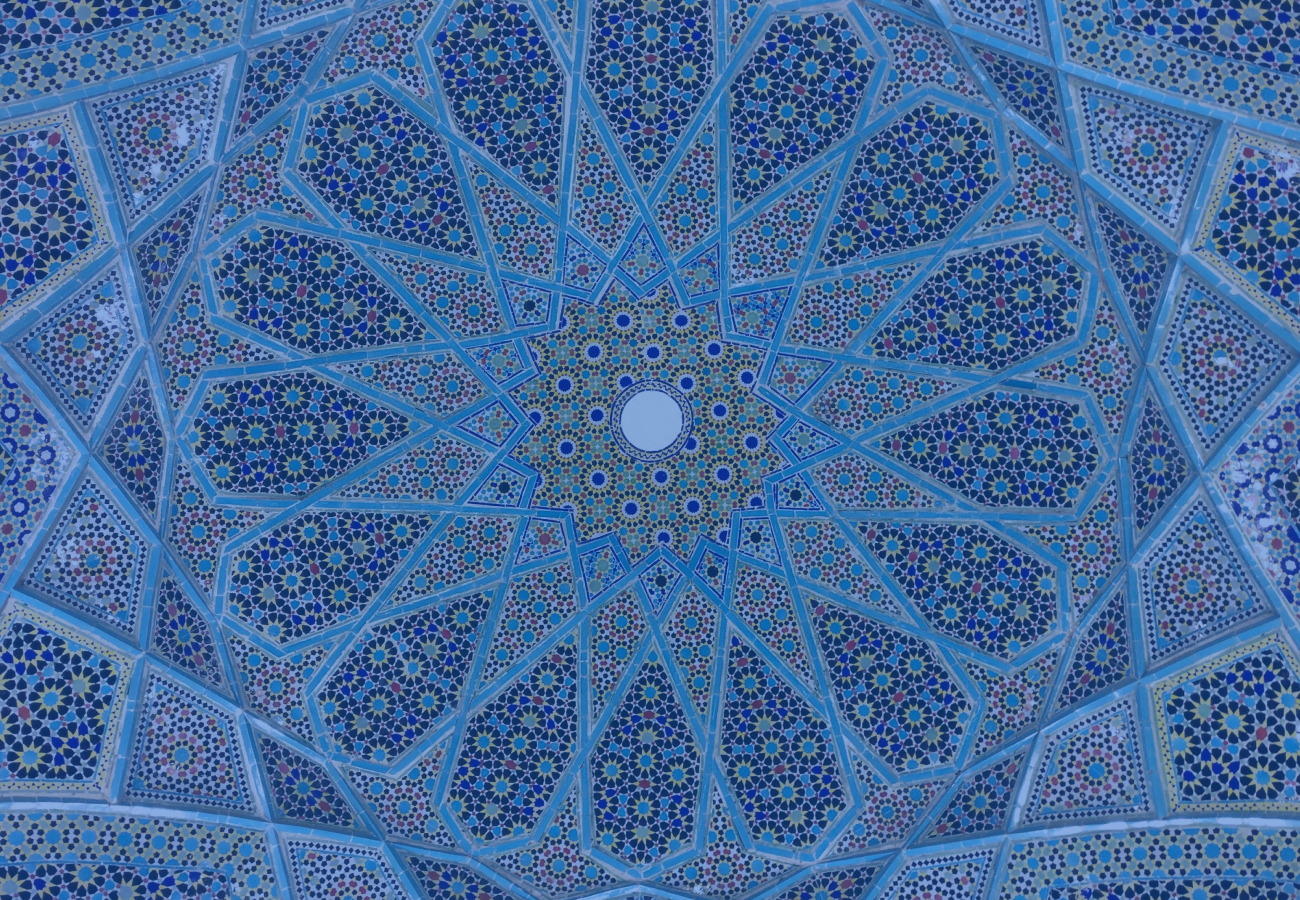 We are all standing on our own existential ladder.

We are either climbing towards something or falling downwards. Usually, a mix of both because life is messy.

Which rung are you standing on? How long does your ladder reach into the air? What is it leaned against?

My goal is to help you gain perspective and this thought exercise is a way to mentally consider your situation in a different light.

Let's get into it.

Self-control is appealing to us all for one simple reason: we are all human and know too well what it feels like lacking control over our behavior.

Maybe even the most frustrating part of being a human.

It's no wonder that discipline has been such an important topic throughout my 20s. I want it so badly. I crave it. I know that a lack of discipline holds me back.

Not perfect. But better on many fronts.

Why bring this up?

I know I'm not the only one who enjoys the feeling of progress.

On our ladders, there are rungs. These rungs are either far apart, close together, or somewhere in between.

They say don't talk about it, be about it.

It took many years to grasp this as I would spend so much time in 'research mode'.

I'd go through the motions of feeling productive:

But nothing would change in my life except a few more GBs added to my brain.

Look - I am fan of constantly learning, but it wasn't until I took what I learned and applied it that I started to round a turn in my development.

Let me give you an example:

Seek Your Flow (what I've called the blog you're reading right now) originally started back when I was about 19 as a project to raise awareness of flow states in the skydiving world.

At the time, I was immersed in all the neuroscience and research revolving around flow states, yet in the skydiving sport pretty much no one was using the up-to-date language to really express their experience.

Everyone understood once they heard it explained and appreciated having the new lingo to explain it to others themselves.

On top of that, I was also starting to become interested in:

So I put it all together and decided to give it whirl, to apply what I was learning.

I spread the word on flow, sold a bunch of SYF t-shirts, passed out stickers, and recorded a dozen or two podcasts.

It was a lovely project and it taught me leaps & bounds more than I would have learned just studying up on the topics.

It's been stuck in my mind ever since that knowledge-applied is the best way to learn invaluable lessons.

The magical part about being an insatiable learner is the evolution of interests.

Pull on one thread of curiosity and you'll see that it's connected to another thread. It goes on and on and never reaches an end.

A beautiful feature of this world.

When you're becoming disciplined, taking action, and moving up the rungs of your ladder, you're transforming yourself.

You're not becoming stagnant & lame.

Even if your progress isn't some externally validated metric, you are gaining wisdom along the way.

There's inevitably going to come a time when that experience can be leveraged.

The thing about ladders is the are only so tall.

The do have an end to them at the top and the length of your ladder is a representation of what success means to you.

Reach the end of your ladder and you've reached your dream.

It's what we are headed for. It's the whole point of climbing - to get to a desired destination.

All of the clichés will tell you that it's all about the journey, not the destination, but I'm here to bust your bubble and tell you that's just straight up incorrect.

It's about BOTH the journey and the destination. (More on that in a bit)

As great as it may sound to reach the top of your ladder, it's also a problem.

What do you do?

On a literal ladder, it's pretty dangerous to be standing on the top of it.

Similarly, on your metaphorical ladder, you've gotta make a move too.

If you find yourself in a situation where you realize your dream has come true and now you aren't sure what to do with your life - pick a new dream.

I've had it happen to me before (and I may be going through it again..still processing 😎).

Back in 2016, Amelia and I with our 6mo old set off on a grand adventure from TN to WA. We had never been there and didn't know anyone there, yet we were convinced that we must go.

We had just graduated college 6 months before and had been itching to go adventure out in the world for a long time. So we created the dream goal of moving across the country to somewhere we deemed cool and seeing if we could pull off not having to come back home to TN in a few months with our tails tucked.

We ended up stretching it out to a 4 year stint. We had done it. We achieved the dream.

Of course, it didn't just immediately occur to us that we had succeeded. But going into our last year there it really hit us that we had gotten everything that we wanted. The dream was achieved and we realized we hadn't thought past that.

We were just basking in the achievement state for so long, but eventually that started to fade and we became curious as to what the next dream would be.

So we picked a new ladder.

There's nothing wrong with climbing a ladder, reaching the top, and hopping to the bottom of a new one.

I've found it to be enjoyable to start fresh, take on new challenges, and make new progress.

But something I'm beginning to spend a lot of time thinking about is the ladder that we will never see the end of.

What type of ladder can I create for my life that is so ambitiously impossible to achieve? One that energizes me to move up. One that despite never reaching the end, I will find it meaningful all along the way.

I want that one.

The most important part of all of this that we haven't touched on is what your ladder is leaned against.

The last thing you want to be doing is climbing the wrong ladder. You don't want to have been tricked into climbing a ladder that doesn't actually serve you & your desires.

Even worse would be to reach the top of the wrong ladder and realize the time wasted.

So it's important to question what building your ladder is leaned against.

I intended to write out more on this, but I don't think there's any better possible way to describe this concept than with the story of the businessman and the fisherman.

"One day a fisherman was lying on a beautiful beach, with his fishing pole propped up in the sand and his solitary line cast out into the sparkling blue surf. He was enjoying the warmth of the afternoon sun and the prospect of catching a fish.

About that time, a businessman came walking down the beach, trying to relieve some of the stress of his workday. He noticed the fisherman sitting on the beach and decided to find out why this fisherman was fishing instead of working harder to make a living for himself and his family. “You aren’t going to catch many fish that way,” said the businessman to the fisherman.

“You should be working rather than lying on the beach!”

The fisherman looked up at the businessman, smiled and replied, “And what will my reward be?”

“Well, you can get bigger nets and catch more fish!” was the businessman’s answer. “And then what will my reward be?” asked the fisherman, still smiling. The businessman replied, “You will make money and you’ll be able to buy a boat, which will then result in larger catches of fish!”

“And then what will my reward be?” asked the fisherman again.

The businessman was beginning to get a little irritated with the fisherman’s questions. “You can buy a bigger boat, and hire some people to work for you!” he said.

“And then what will my reward be?” repeated the fisherman.

The businessman was getting angry. “Don’t you understand? You can build up a fleet of fishing boats, sail all over the world, and let all your employees catch fish for you!”

Once again the fisherman asked, “And then what will my reward be?”

The businessman was red with rage and shouted at the fisherman, “Don’t you understand that you can become so rich that you will never have to work for your living again! You can spend all the rest of your days sitting on this beach, looking at the sunset. You won’t have a care in the world!”

The fisherman, still smiling, looked up and said, “And what do you think I’m doing right now?”