Creating A Sphere Of Influence That Actually Serves You 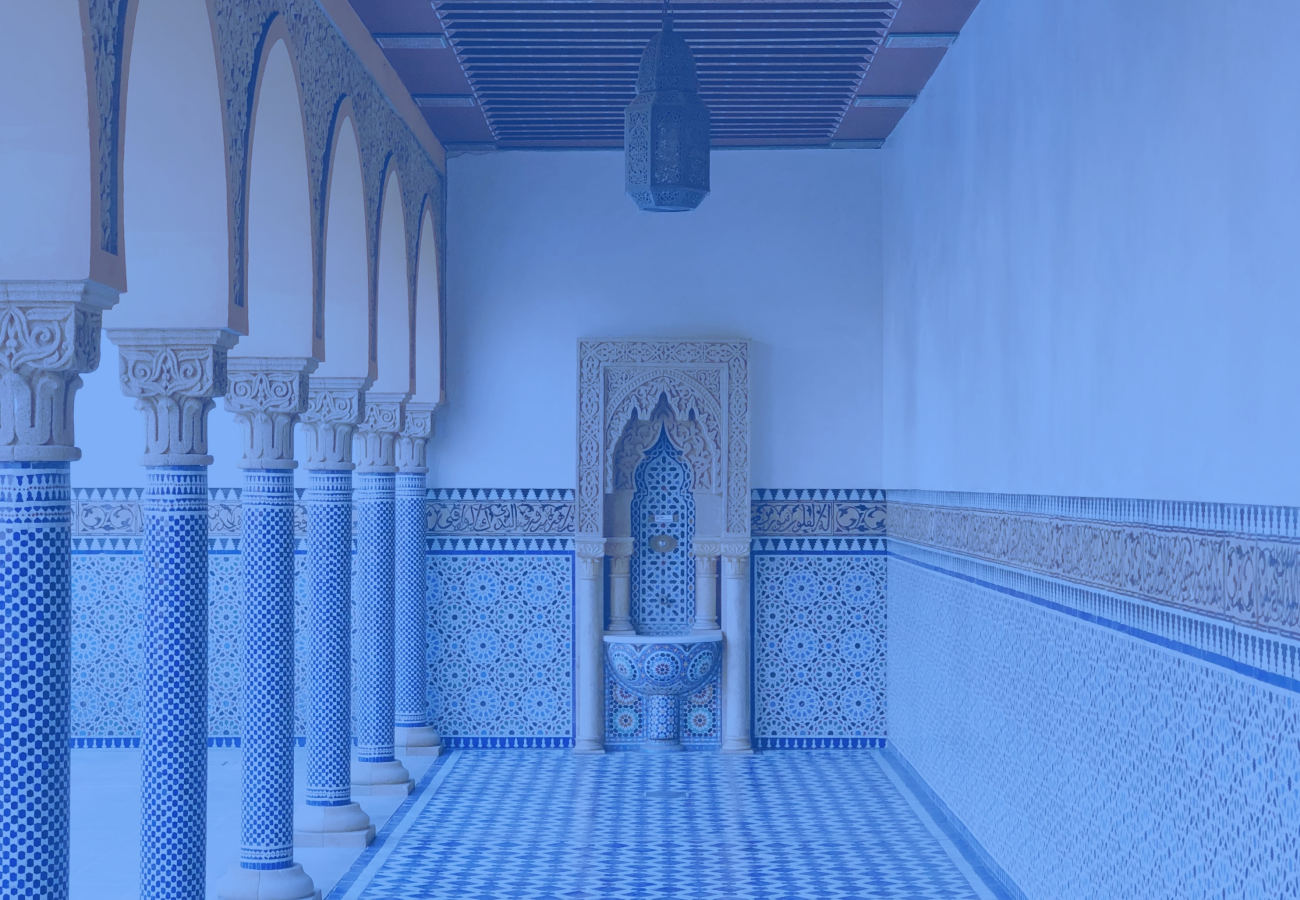 When I was younger, I didn't have a clue as to what these algorithms were doing with my mind.

Slowly (and maybe without clear intention) I began to course correct and have more of a say in how I chose to be influenced each and every day.

If there's one thing that gets 80% of the job done, it's being dramatically more intentional with how you interact with social media.

The algorithm does us guys a major disservice here.

Even if you have a brand new account and are a dude, the feed is going to be at least half women. But not just any women, like the hottest you've ever seen. Over and over and over again.

At first, you might be like "hell yeah, I love this place", but then you pick up on just how damaging this is for your psyche and focus.

It takes us off course for nothing in return. No positives, just pure distraction.

You never get to see the blooper reels of someone's life on instagram.

It's all positive, or worse - fake as hell.

It's the grossest thing in the world and makes me sick to see. I remember seeing these girls at a ice cream place once (in real life). They walked into the store in what seemed like a pretty 'meh' type of mood, bought a scoop on a cone, and then proceeded to take about 50 selfies while they pretended to eat the ice cream.

After they got that 'perfect angle', they dropped their fake smiles, tossed the ice cream and left.

That's what I saw.

What their followers saw was something entirely different. Not even remotely the same reality.

The followers saw these girls having a great time getting ice cream. Likely next to hundreds of other happy-go-lucky snapshots of their fake ass life.

It's so far from the real world, it's crazy we believe it in the first place.

Save It For The Eyes

People go so far out of their way to impress others.

It's been years since I had instagram on my phone and actively using it.

I remember there would be all these absolutely gorgeous pictures of places around the world. Amazing hikes, views of mountains, blue oceans, and everything else.

At first you're like, "shit, I want to be there". But then you realize that this person wasn't even actually experiencing the place itself.

They were THERE, in paradise, and thinking about fucking Instagram.

It's so infectious that if you're really trying to keep up this social facade, you'll insist that your phone must come with you on those special hikes and trips to cool places.

Pics or it never happened, right?

To me, it's pics and you weren't even present.

I'm not against pictures. I'm against that incessant need to ruin your own experience for the sake of impressing other people you don't even like.

Leave it behind next time and save something for the eyes.

The world's same problems, just delivered to you all at once 24/7. What could go wrong??

I can't think of one single time that keeping up with any news made a damn bit of difference in my life outside of the weather forecast.

THE WEATHER FORECAST. That is useful information.

Arguing over team sports in a super finite game is pure waste. Don't do it.

Everything ultimately boils down to an issue of awareness. Of consciousness.

You can't hold yourself in the Light and another in Darkness.

Wait Until It's Important

If there's something you absolutely need to know, someone will tell you directly.

It's rarely ever that important and your nervous system is definitely not built to handle gigabytes worth of negative news stories.

Snap out of it.

Wake up to where you stand. That's the only place you can make an impact anyway.

The issue of disembodiment runs deep.

So deep that people will get more caught up in a stranger's life than their own family members.

So deep that people will donate money to causes outside of their own ecosystem, stepping over the outreached palms on their way.

So deep that people will know more about national level issues than the ones surrounding them currently.

Tune into the present moment and your real life situation.

Call your mom. Meet your neighbor. Pet your dog. Email the mayor. Volunteer in your town.

Counteract the disembodiment and get back into your body.

They Make You Feel Bad

Unless you've been intentionally cultivating your feed, you've got lots of folks in your sphere that do you more of a disservice than not.

Even if they come off as positive & high-value on the surface, they might not be deeper down.

It's really a problem when you start comparing yourself to people that have a story with almost no similarities to your own.

You see them, want what they have, and then look down upon your own life.

You don't know shit about these people.

You don't know what hell they had to go through to get what they now have. If we looked beyond the surface, chances are you wouldn't want to trade lives with them.

Now, with that said, it doesn't mean you don't keep up with people that are better than you. It's just that it is unfair to compare yourself to others.

Things, people, and ideas can be so abstract from your own experience that it's pointless to consume.

Outside of genuine curiosity (and professional trivia prep), there's no need to expose yourself to the infinite realm of ideas that you're not intentionally choosing to explore.

Tighten it up a bit. You don't want to be hit from so many directions that you lose sight of your own interests.

Because of that, you can either just avoid it entirely if the post-consumption mood is negative or go into a little more detached, knowing what to expect on the other side.

They're More Meta Than Uni

I know for me that many of the people I used to look up to online are NOT who I want to be for one important reason:

They are more meta than uni.

What does that even mean?

They're on the internet more than they are in 3D.

Of course, their body is still here in reality, but their presence and attention is elsewhere.

Again, when you see it online though, you might forget that this person's life you're getting to peak into means that a camera was turned on for all of it.

They were capturing versus experiencing. And I know that for me, I'd much rather experience those amazing moments than miss out for the sake of strangers.

Be In The World

There's no better place to be.

It's where it is all actually happening. It's the only place you make an impact on matter.

Looking at the menu and eating the food are completely different things.

The internet has done an amazing job at curing boredom (although I'm not convinced that was problem necessarily).

But it can make you overlook some of the things that make life awe-inspiring, full of wonder, and realizing how special it is to exist.

Stare at the night sky on a clear night, the warm of fire, the drip of tears, the tidal wave of the psychedelic experience, the rush of a skydive, the taste of chocolate, the cuddles with your kid.

That's what I'm on earth to experience.

Those things that just can't be had digitally - my favorite.

For example, the other night I had a dream where I had crossed the road to hang with a group of guys I look up to.

General hang, nothing special, until the ground started to give way behind me. It opened up into this dusty dirt floor staircase of maybe 5 or 6 big steps.

It was hard to see clearly what was at the bottom on the last step, but we were all curious.

As we approached this staircase, we saw many different strange large objects of all sorts on the first few steps going down.

The vibe of the group was that the story was that these first few steps of objects have to come into some sort of energetic alignment before he wakes up.

"Oh, the pharaoh at the bottom", they said.

I just had to go down there and see what the hell they were talking about.

Sure enough, on the last step lay a sleeping pharaoh. In a state of sleep as if it had been going on for thousand of years. A very special, divine type of sleep was the feeling.

He was just laying there, on his side, facing the other way.

Yes, they had said that those other things had to come into alignment before he would wake up, but I had a different idea.

He woke up instantly in a surprised type of rage. He ran up to all of us hunched over and highly irritated that he wasn't woken up in the right way.

I should have been afraid, but I wasn't since I was with this group of guys.

After a few minutes of fuming, he was thankful to be awake despite us literally skipping a few steps.

Symbolically, I'm not sure what to make of it in total, but I did awake with a sense of relief & maturity.

It's a puzzle I'll continue to chew on for months to come, but I tell this story as an example to illustrate just how much more important and meaningful that is to me personally than ANYTHING I could ever watch, read, or hear online.

That's some soul-level stuff that is just not replicable online.

That's my favorite type of information.

That's what I want to be influenced by.

It's cold, hard fact that you are unique.

No one else has the exact DNA make up as you.

No one else has went through the exact same experiences as you.

And therefore, no one else has the exact same perspective as you.

It is my fundamental belief that because of this, each and every one of us holds a piece of the divine puzzle, because only we can see it.

It would be a shame to outsource this. To take on someone else's unique perspective as our own.

There can only be one you and no one can compete with that.

The most rare thing in the world is someone who honors their uniqueness.

Not even in an egotistical type of way either. It just is what it is and there's no need to run from that.

The materials within have changed my life for the better and I now operate at a smoother pace with my shoulders relaxed - knowing that these tools can clear my psyche at any time.